José Duato, key contributor to the success of IEEE Transactions on Parallel and Distributed Systems

IEEE Transactions on Parallel and Distributed Systems (TPDS), the top international journal on this topic, celebrates its 20th anniversary. "This event comes at a time where the fi eld of parallel and distributed systems has moved from an interesting niche to the center of the computing universe. Internet systems, multicore, high-performance computing technology, international collaboratories....will provide TPDS topics for years to come” (Rudi Eigenmann).

The 20th anniversary is also an opportunity for thanking to past contributors to TPDS’s success.  The Editorial Note published in the January 2010 issue of TPDS takes care of this by listing the authors  with the highest number of papers published in this journal as well as the 10 papers with the highest impact. The most prolific authors are mentioned in the order decided by the number of papers (co)authored for TPDS. Using data provided by Scopus (in October 2009), the sorted list of those with at least four papers in TPDS starts with the following authors: S. Olariu (34 papers plus 2 editorials), J. Duato (34), K.G. Shin (32), L.M. Ni (26), A.Y. Zomaya (20),... 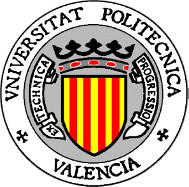